Is my wristwatch destined to go the way of Indian Telegraph?

Last week I had my battery replaced on my 10-year-old Swiss-army wristwatch and within a few days, it stopped working. Since then I have been walking around watchless. I continue to instinctively look at my bare wrist when I have the urge to tell time only to resort to pulling out my smartphone or look around to see if there are wall clocks nearby and sometimes resort to sneaking a peek at a passerby’s wrist watch. 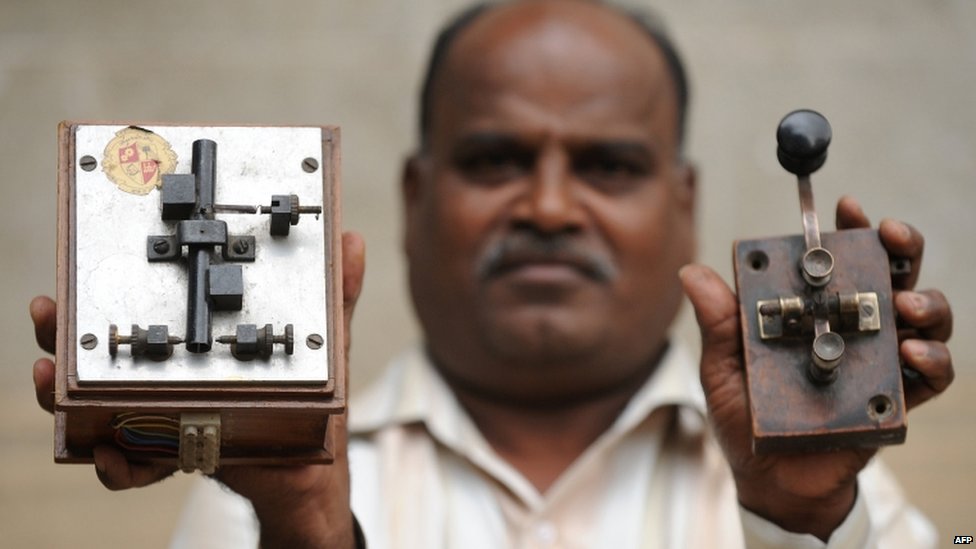 I should perhaps take a lesson from the strategists in India who finally decided to pull the plug on Telegraphs (wsj blog). Just a few similarities between wrist-watches and Telegraphs:
I have been meaning to go back to the mall and confront guy at the watch repair kiosk, assuming it is just a defective battery not a watch whose time had come. In the meantime, I continue to sit on the fence debating whether to pull the plug on my wrist watch.
Posted by Mohan at Monday, July 15, 2013