Musing on globalization - Apple CEO Tim Cook is gay : and other sides to the story

This announcement coming from a tech executive and CEO of a Fortune 500 giant made huge ripples in the business and tech media.  It is interesting to see western society not only embracing rights of LGBT but applauding outright while another leader comes "out."  Nothing surprising here, especially given how leaders in other sphere - political leader, Hollywood stars and sports stars - have been regularly making such "announcements."

The same "rights" seem to be non existent in other parts of the world. The reasons are obvious: even a decade after Tom Friedman famously proclaimed the "world is flat" in his book, historic cultural, linguistic and social variances continue to persist and thrive around the world. For instance, on the same topic of LGBT rights, there was a  news item just yesterday, from another "westernizing" country that is benefiting from offshoring and flattening world. A techie working for the offshoring giant Infosys, in Bangalore, was "slapped with Sec 377" by the Indian police after his wife caught his gay acts on spycam. Per Wikipedia "Section 377 of the Indian Penal Code dating back to 1860,[1] introduced during the British rule of India, criminalizes sexual activities "against the order of nature", arguably including homosexual acts."

One can argue whether westernization only goes so far. Countries and societies continue to selectively globalize, and only for aspects that suits them - especially when there are economic gains.

Bottomline: Societies may embrace western 'values' that are required for economic integration with global markets but will zealously continue to guard their cultural, linguistic, political and social identities.
Posted by Mohan at Thursday, October 30, 2014 No comments:

The other day, a fellow Enterprise Architect was lamenting on how the sticker price of “mobile enabling” applications was giving pause to business stakeholders. The business partners who were queuing up with proposals for mobile enabling applications in the portfolio were assuming this capability would automatically move forward along with regular upgrade and maintenance cycle.

When presented with the cost of enabling applications for smartphones and tablets – ability to download from app store, running natively on multiple devices, form factors, securely connecting and integrating data with the corporate back end – most users were stumped. The argument from business stakeholders is understandable: if Apple store can boast of 1.2 million apps, and there are similar number in the android, Amazon and Microsoft ecosystems why can’t my corporate IS push a few hundred of our applications to myCorp-App store? 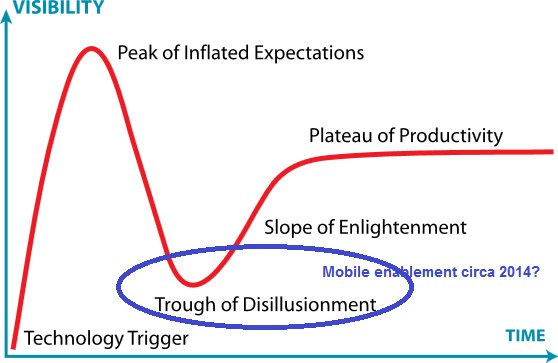 Explaining the rational for the high cost of mobile enablement cannot be easily condensed to an elevator pitch. Many of the “older” applications used by corporate users, especially the ones that came before iPhone and iPads – circa 2007+ – had not been designed for the new user experience. There is growing awareness that mobile enabling such applications will come at a cost that is not “cheap” in the corporate IS context. Part of the cost is the user interface redevelopment/refactoring. The other real, but hidden cost is the ‘technology debt’ – the need to upgrade legacy systems before they can be mobile enabled. (Those of us with a few gray hairs from our years in IT will remember preparing similar business cases a decade ago when there was a push to web-enable corporate applications.)

The good news is that we are already at a “trough of disillusionment” (apologies Gartner) when it comes to mobile enabling corporate applications. In a sense, corporate IT is already climbing the “slope of enlightenment,” especially since most new products are already being designed with mobile usability right out of the door. And for new application development, mobile enabling is not an icing on top but an integral part of the design.
Pockets of business stakeholders are also coming to grips with this slope of enlightenment and are willing to pony up the costs, especially when it comes to enabling applications required by mobile workforce – for consultants on the road, sales reps and also applications that enable field workers like UPS drivers, gate agents walking around busy airport checkin areas among others.

In many cases, where cost is a constraint, business users are accepting simpler options, say redesigning websites to be html5 compliant, that would work on “most” devices and form-factors, not necessarily with “all” the bells and whistles of an app from an apple store.

It is a matter of time before corporate IT climbs up the “Plateau of Productivity” when it comes to mobile enablement. But I am sure by then business would already be aspiring to the next cool trigger of the “Peak of Inflated Expectations,” not necessarily in the usability space
Posted by Mohan at Wednesday, October 22, 2014 No comments:

Musing on Big Data example. Not an easy recipe to follow

If a picture is worth a thousand words, as the beaten adage goes, the use of big data, creative analytics and graphics is certainly worth much more. Here is a great example of using Big Bata to explain migration from The Economist. 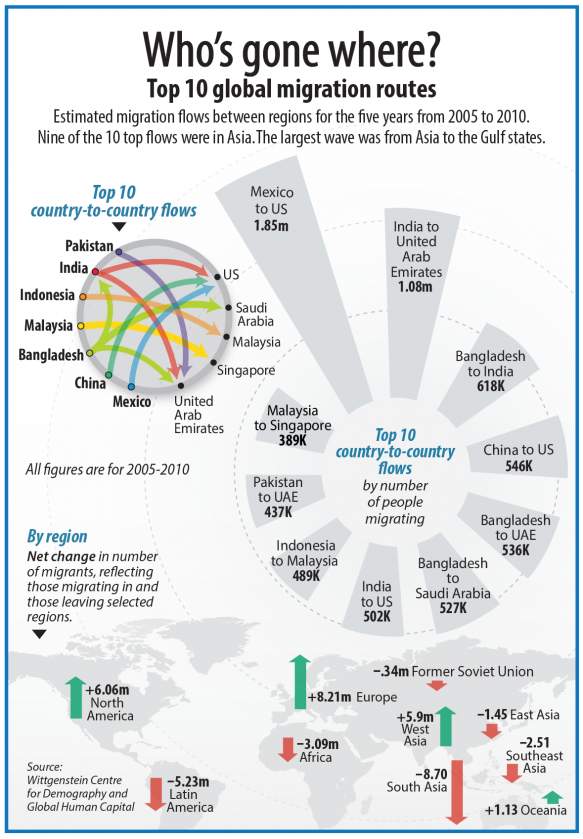 
As with most pictures, what is depicted here is only a small slice of the big frame, the angle the author/analyst wanted to highlight.
I like this picture for the story that it is trying to tell different audiences in a visually appealing way. A picture like this is sure to resonate with policy makers, corporate executives and even hiring managers and recruiters. If not anything else, it raises questions and follow-up actions from the information depicted.
The recipe for big data analytics might look like this:
As is obvious, the recipe or its variances for data analytics are not easy to follow. For one, there is a challenge of defining a problem statement. And then there is the science of gathering data, developing the engine to run the analytics. Then comes the art of visualization while presenting the information.

As one might argue, there is a secret sauce missing in the recipe above!
Posted by Mohan at Tuesday, October 14, 2014 No comments:

Nobel Peace prize for 2014 and musing on David and Goliath

It is heartening to see the Nobel Peace prize for 2014 go to two South Asians, Indian children’s rights activist Kailash Satyarthi and Malala Yousafzai, a Pakistani teenager shot by the Taliban after campaigning for girls’ education. 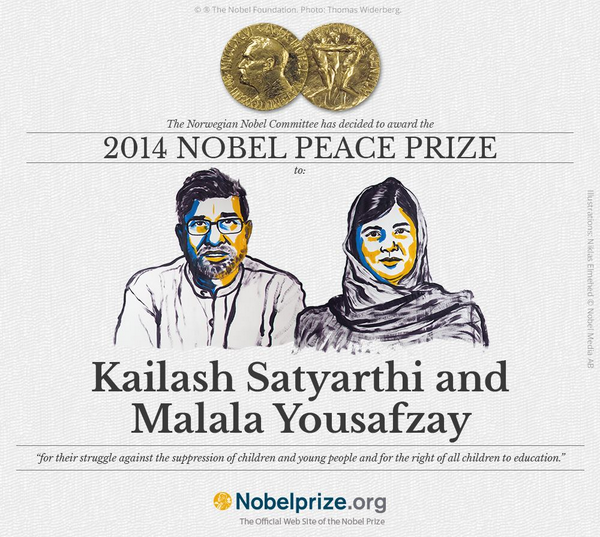 I’ll admit, like most others living in the west would do, that Malala Yousafzai is a well known name but Kailash Satyarthi, who? I am sure this is about to  change with the announcement since most of us will not only become aware of Mr Satyarthi but also about the cause for which he stands.
Having just finished reading Malcolm Gladwell’s bestseller (my #amzaonreview), I was reflecting on Malala Yousafzai and her branding as the unlikely role of David she has been thrust upon to go against the Goliaths (Taliban) in Middle East and South Asia.


If I build on Gladwell’s argument in defense of “underdogs” who become unlikely heroes, Malala would certainly be on top of the list. Ever since Malala was shot by Taliban while on her way to school, her recovery has been watched, analyzed and projected larger-than life by western media. As per a recent Chicago tribune article, (link)
"Yousafzai was only 11 when she began anonymously blogging for the BBC about her struggles. She was 14 when Taliban gunmen boarded her school bus, asked for her by name, and shot her in the head and neck. The girl survived and was flown to the U.K. for treatment."   And the rest, as they say, is history in the making
One can argue that in the fight against the bad guys, the Goliaths and Taliban, one has to win over the hearts of the public. A teenage girl, part of the underdog strata in the society that still oppresses women, who goes against the bad bully, Taliban is just the kind of hero one needs to win the hearts and minds of junta (public).  And by awarding a Nobel Peace prize to the teenage hero, we are doing just that: reinforce the will of Davids’ to stand up to the Goliaths!


(my #amzaonreview of David and Goliath: Underdogs, Misfits, and the Art of Battling Giants)
Posted by Mohan at Friday, October 10, 2014 No comments:

Hewlett-Packard and slices of pizza!

It is interesting to read the announcement on the split of yet another tech giant, Hewlett-Packard, coming shortly after the breakup of eBay and Paypal. Every time I read announcements on mergers and de-mergers, the image of a large pizza with different toppings on each slice comes to mind. 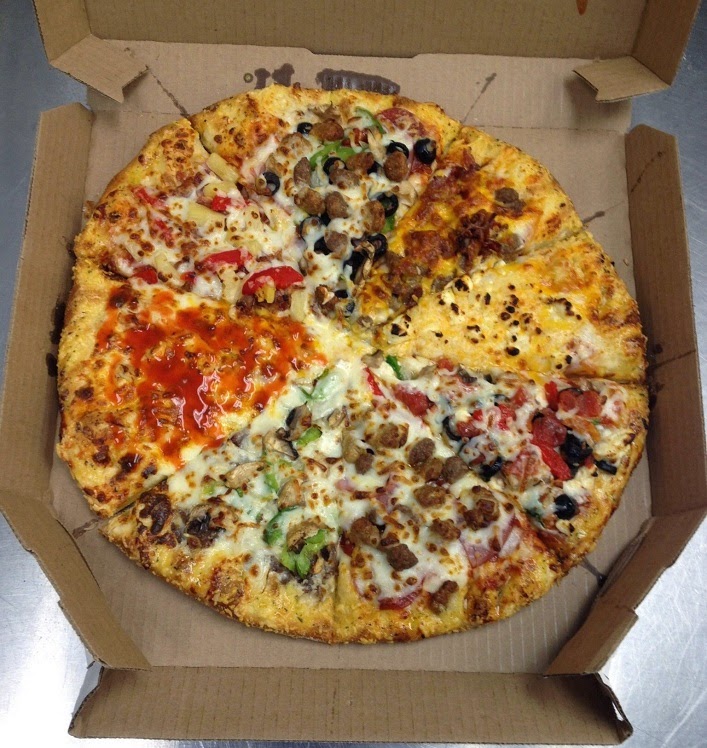 It is also interesting to note the spin with announcement of mergers and demergers.  When companies, producing different products or services merge, announcements highlight “synergies” in the “value enhancing move.”  And when a company like - Hewlett-Packard announces a demerger, it is yet another value- enhancing move that allows us to “invest in the respective asset groups without the fear of cross- subsidies and inefficiencies” (link)
The impact on people, employees and stakeholders including customers, who are left to manage the change - management speak for those left catching the falling knife – from such de-mergers, has been studied ad infinitum. And so has the impact on the groups of people who benefit from mergers and demergers: shareholders and investors, lawyers and consultants.
The footnote in the analysis of Hewlett-Packard’s Value enhancing move “Planned job cuts will increase to 55,000 and costs to restructure cost will be about $600 million.” made me wonder: $600 million to slice a corporate pizza?!
Posted by Mohan at Monday, October 06, 2014 No comments: