Here’s why Indian government should let the automotive sector shakeout

In the past decade, Indians have fallen in love with their automobiles, but recent media reports indicate that this honeymoon may be drawing to an end. The love for cars and bikes has led to tremendous growth in the automotive sector, which is visible around us – most neighborhoods have swanky new dealerships and petrol stations, not to mention chock-a-block traffic that we see all around.

Based on recent reports, a segment of automotive-sector is already calling for government handouts, which the media seems to be echoing.  However, when one looks at urban roads clogged with traffic, one wonders if a bit of shakeout or even the disappearance of a few automotive brands wouldn’t be a bad thing for urban India.

While living in America, I was acutely aware of how cars were an essential part of suburban life. During visits back home, I would continue to be astounded by the increasing traffic density, and the variety of automobiles on narrow roads: compact, convenient Marutis had given way to a range of SUVs, midrange and luxury cars. On relocating back to India, I began to use my dad’s old Maruti to run errands before I exchanged it for another compact car – a KWID. I was seriously looking for an EV but the only compact one in the market is overly priced and the reviews weren’t flattering. Our car is primarily used for a few family trips, shopping or to run errands around the neighborhood. For much of our daily commute, my wife and I depend on local buses, auto rickshaws, Ola and Uber. 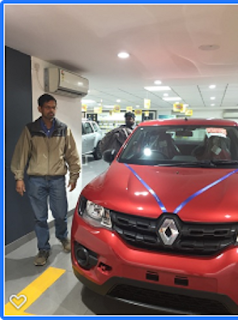 Shouldn’t the government step in to help the automotive sector?!

According to reports from the Society of Indian Automobile Manufacturers (SIAM), the Indian auto sales in April declined by almost 16% compared to last year. Almost half a million passenger vehicles worth $5 billion, as well as 3 million two-wheelers valued at $2.5 billion are lying unsold at dealerships.

The sector employs around 32 million people across the country, and any slowdown is bound to impact jobs and local communities. However, the slowdown comes after years of stellar growth, and there may be little sympathy for auto manufacturers or dealers that have been profiting from the boom.

While taxes from auto-sales account for a percentage of its revenue, the government might be reluctant to bail out an industry due for correction.

An Argument against bailing out the automotive sector

There are several reasons why the Indian government and policy makers should refrain from stepping in, and just let the market forces run the course:

The economic impact of the slowdown in the Indian automotive industry is being scrutinized in public forums. However, the Indian society is not as addicted to cars and automobiles as Americans and other westerners are. There are certainly more modes of transport in urban India. If the bulk of Indian middle class consumers have decided that they want a fewer cars, more power to them.

The Indian automotive industry has been focused on satisfying the demand for traditional vehicles, and perhaps got a bit complacent. There is hardly any domestic innovation in emerging areas like low-emission and electric-vehicle technologies where the rest of the world is moving towards.
A shakeout in the industry might force a few players to seek opportunities in that neglected sector that is due for a growth. Fewer cars on crowded Indian roads wouldn’t be a bad thing after all.
Posted by Mohan at Friday, June 14, 2019 No comments: