Cricket World cup has started. And over a billion people in the world - much of south Asia and most residents of commonwealth countries are going to be reverted to televisions for the next few weeks. 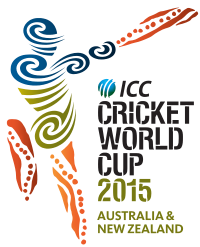 Even the mainstream media in America is watching closely. A recent Wall Street Journal article Cricket’s Big Day Falls on Valentine’s, Bowling Couples a Googly put it succulently “Cricket may be little known in the U.S., but the more than 200-year-old sport has roused passions of everybody from best-selling British authors such as Arthur Conan Doyle to India’s Bollywood movie stars.”
So, what does the game being played thousands of miles away have to do with Tech executives in America or Europe? A lot!

About four years ago, I was leading a major eCommerce rollout for a client in Columbus Ohio. I was living in Phoenix and commuting frequently to Ohio and between the project and travel, wasn't too distracted by the tournament being played across the world. Not so for my colleagues, many of who were either traveling from India or working on the project from there.

The project go-live was planned for first weekend in April. I could feel the energy in the project go down as we approached the semi-finals, especially India continued to march to the finals. A month before the go-live, I tried to warn the Program Manager, his boss and the Senior VP of eCommerce but I kept hearing “It is just a game.”

Guess what happened? My arguments that this was more than “just a game” went unheeded. And then India beat Pakistan to get to the finals. And the project release had to be aborted after a botched attempt to go-live that weekend.

There was only one lesson learnt then, which I thought I’d share here again: If you have an IT project or major milestone planned for the last weekend in March, please, please reconsider the dates.

By the way, if your IT applications or systems are being supported by a vendor or a team in India - which is a very likely – cut them some slack during the weekend of finals.

(Cross posted from my Linkedin blog)
Posted by Mohan at Wednesday, February 18, 2015