Are the reasons Donald Trump gave for withdrawing from Paris climate deal valid?

President Trump’s decision to yank America out of Paris climate deal shouldn’t surprise many of us who have heard his election-time rhetoric.

Whether you believe in climate change (or not), a few things to keep in mind: 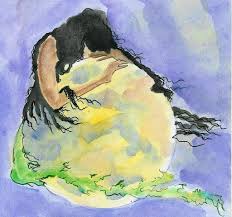 Is this going to be the end of the war on climate-change? If you believe – like Mr. Trump – that climate change is a hoax, this reversal is no-big deal. For the rest of us believers, and for future generations on mother-earth, it is really a big deal!
Will the pullout of Paris deal lead to more American jobs? The facts on this are clear as mud
Bottomline: There is an old adage in business consulting – if you can’t convince them, confuse them.
We are surely confused and scratching our heads; but make no mistake. Mr. Trump is an extremely shrewd man. This move is sure to polarize Americans further and confuse them on issues like climate change. More importantly, it will distract us from issues like the economy, healthcare, job creation, the investigation over Russia and the firing of FBI director.
Posted by Mohan at Thursday, June 01, 2017