Why is dual citizenship not appreciated in India where a largely migratory global labour market exists?

The above question came to me via an online forum that raises an interesting question: Should India allow Dual Citizenship? My response:


Some of us might think of immigration as a simple, linear movement of people from one country to another. And those of us who muse about ‘dual citizenship’ probably don’t appreciate the complexities of politics and policy issues involved.
Issue 1: Politics and regionalism: Indian subcontinent is highly divided and parochial. Some of the regionalism is a legacy of ‘divide and conquor’ left behind by British rulers, which the country hasn’t been able to move ahead from. Political leaders across states continue to nurture this mindset. Examples - Mumbai for Mumbaikars || 2008 attacks on Uttar Pradeshi and Bihari migrants in Maharashtra|| Andhra passes Bill giving 75% job reservation for locals || Migrant labourers targeted in Kodagu
Given this political context, imagine this problem: how and where would a India accommodate a diaspora of 15.6 million IFF they suddenly decide to ‘return home’ en masse? Would an NRI of Bihari origin be easily assimilated in Kashmir or a North Eastern State? Should such folks be allowed to vote? What would happen to the local vote banks? It is probably easier for Indian policy makers to restrict those who acquire foreign citizenship from holding an Indian passport.
One of the keynote speakers at the Pravasi Bharatiya Divas (PBD) in 2017 that I attended was the Prime Minister of Portugal, António Costa who proudly showed his OCI card to the audience 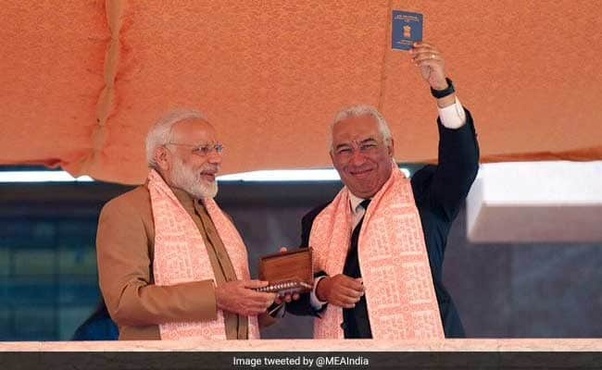 Issue 2: Complexities of Policies - At the Pravasi Bharatiya Divas (PBD), the policy discussions around citizenship were front and center.
As a policy maker, one would aim to be fair and equitable to the entire class of eligible people. But as a class of people, the millions of Indian diaspora doesn’t fall into a neat little pattern. ‘Dual citizenship’ would raise more issues than one can fathom.
Bottomline: The current OCI policy is more than a simple compromise towards dual-citizenship. It gives a practical option for people like me who want the ability to stay connected with their motherland. Check out my blog post What’s it like to give up your Indian citizenship and accept American citizenship?
Posted by Mohan at Saturday, August 17, 2019