Bengaluru, then and now: How was Bangalore 30-40 years back?

Thanks to my dad’s career in defense service, we had an opportunity to relocate to the city about three decades ago. And after retirement, my parents continue to call Bengaluru their home. After graduation, I moved to Mysuru for my Masters, and continued to come back to the city after my stints around the world.

Let’s look at the question from two dimensions – what’s changed in Bengaluru; and what remains the same. 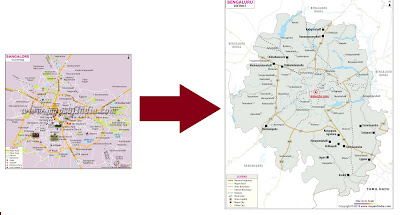 So, what does all this mean?


With all the chaos one sees around the sprawling metropolis, I am inclined to give A+ to the civic authorities including BBMP, BWSSB, BESCOM and even local Police. For a population of 13+ million
City continues to grow. Now that the ring road is choking, the city is already planning for a peripheral ring road Four-year plan to implement 65-km peripheral ring road in Bengaluru
Posted by Mohan at Saturday, December 28, 2019