What do you think of an AI chatbot that can help you ‘talk’ to a Dead loved one?

Those of us scanning the tech landscape continue to be intrigued by the barrage of applications of Artificial Intelligence and Machine Learning. Last week I came across an interesting post on ubergizmo that talks about a recent patent granted to Microsoft for a chatbot that could talk like a person you know, including a dead loved one.

According to the patent document (link), "In aspects, social data (e.g., images, voice data, social media posts, electronic messages, written letters, etc.) about the specific person may be accessed. The social data may be used to create or modify a special index in the theme of the specific person’s personality."

This comes at an interesting post-pandemic digital era when the world is struggling with the lack of in-person social engagements.  Human-like chatbots filling the void experienced by lonely people has been explored in Hollywood flicks like Her. In that movie, Theodore (Joaquin Phoenix) becomes fascinated with a new operating system that develops into an intuitive and unique entity in its own right.

The idea of a bot filling void in lonely hearts is not too farfetched. In China, Xiaoice a sassy Chatbot is stealing millions of men’s hearts while recording their most intimate desires and emotions. According to Xiaoice’s creators, the bot has reached over 600 million users. (sixthtone).

Technology for the grieving

People grieve the loss of loved ones in their unique ways. Some like the Mughal emperor Shah Jahān dedicate the resources of an entire kingdom to build mausoleums in memory of their beloved, that stands tall among the 7-wonders of the world centuries later.

A few like the Bangalore businessman Shrinivas Gupta dedicate their resources to commission silicone replica to memorialize their beloved (link). Many others take to digitizing old photographs, videos and recordings in an attempt to recreate and recall fond memories of years gone by. 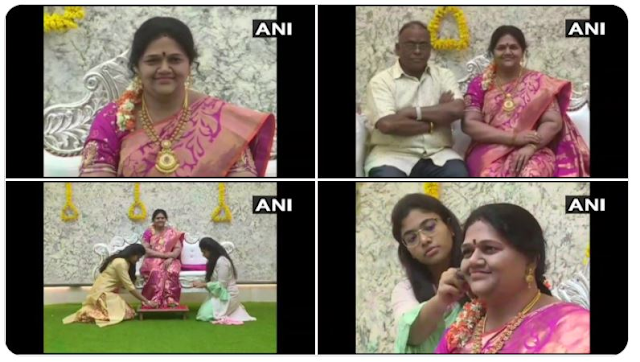 Years ago, while consulting with the largest American funeral and cemetery property and services company, I was intrigued by their digital roadmap. Their clients were increasingly asking to digitize the services and memorials by including virtual and augmented projections and holographic eulogies.

One can imagine how an AI/ML enabled Chatbot could 'learn' some of the traits of the departed by ingesting photographs, video and audio recordings, blogs, emails and correspondences. When the survivor begins interacting with the Bot, it could mimic a response that the beloved could/would have given by using similar phrases, idioms and customized tone of the response.

"Time's a great healer" is an oft quoted phrase one hears while grieving; it is a concept that has a grain of truth to it. Those of us who have lost a beloved know how emotionally vulnerable we can be while grieving. However, it is unclear if such a bot will help with the grieving process or end up amplifying the sorrow and anguish. Bots like this take us into an uncharted realm of the ethics and morality of technology adoption.

Bottomline: it is unclear how or when Microsoft will develop chatbots described in the patent. But the idea of reincarnating the dead as a chatbot raises questions around privacy, consent and the ability to opt-out: Who controls your digital Avatar after you are gone?