One of the must-do things for folks in Bengaluru is the Lalbagh flower show.  Form karnataka.com:


"Every year on Independence Day and Republic day, flower shows are organized at the Lalbagh Botanical Garden. The event is jointly organized by Department of Horticulture and Mysore Horticulture Society, this flower show has been one of the most awaited events in the Garden City."

At the center of the 207th show this year is a 15-feet floral tribute to the legend of Bahubali, and the historic Glass House itself has been turned into a mini Shravanabelagola. A few pictures from our visit on the 26th follow 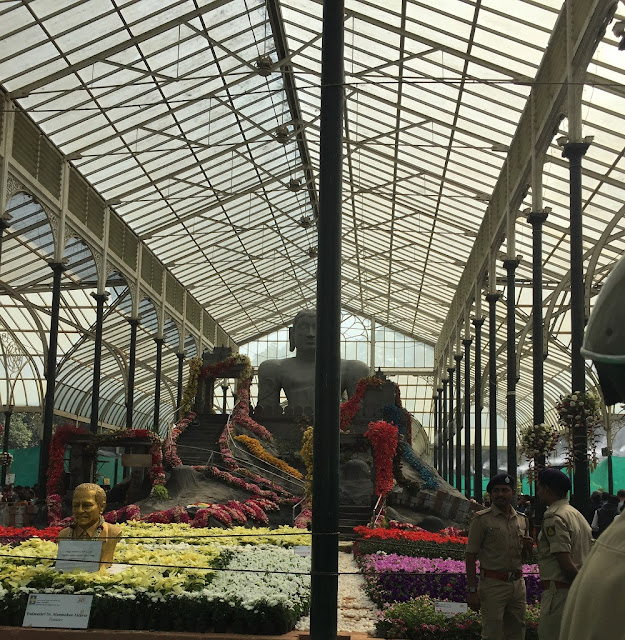 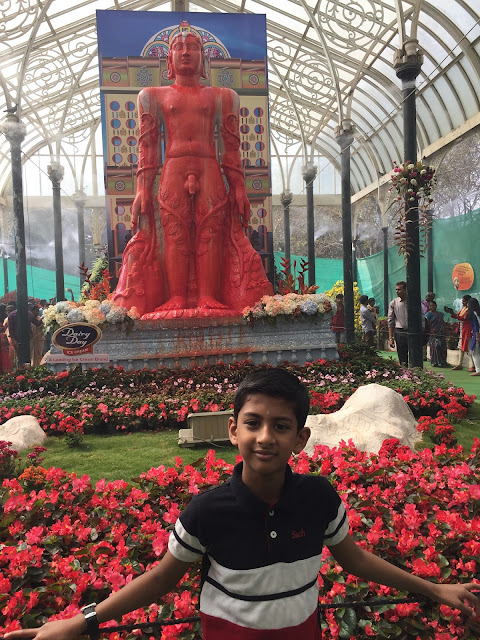 The Ramayana Theme was well depicted with a garden and flowers. 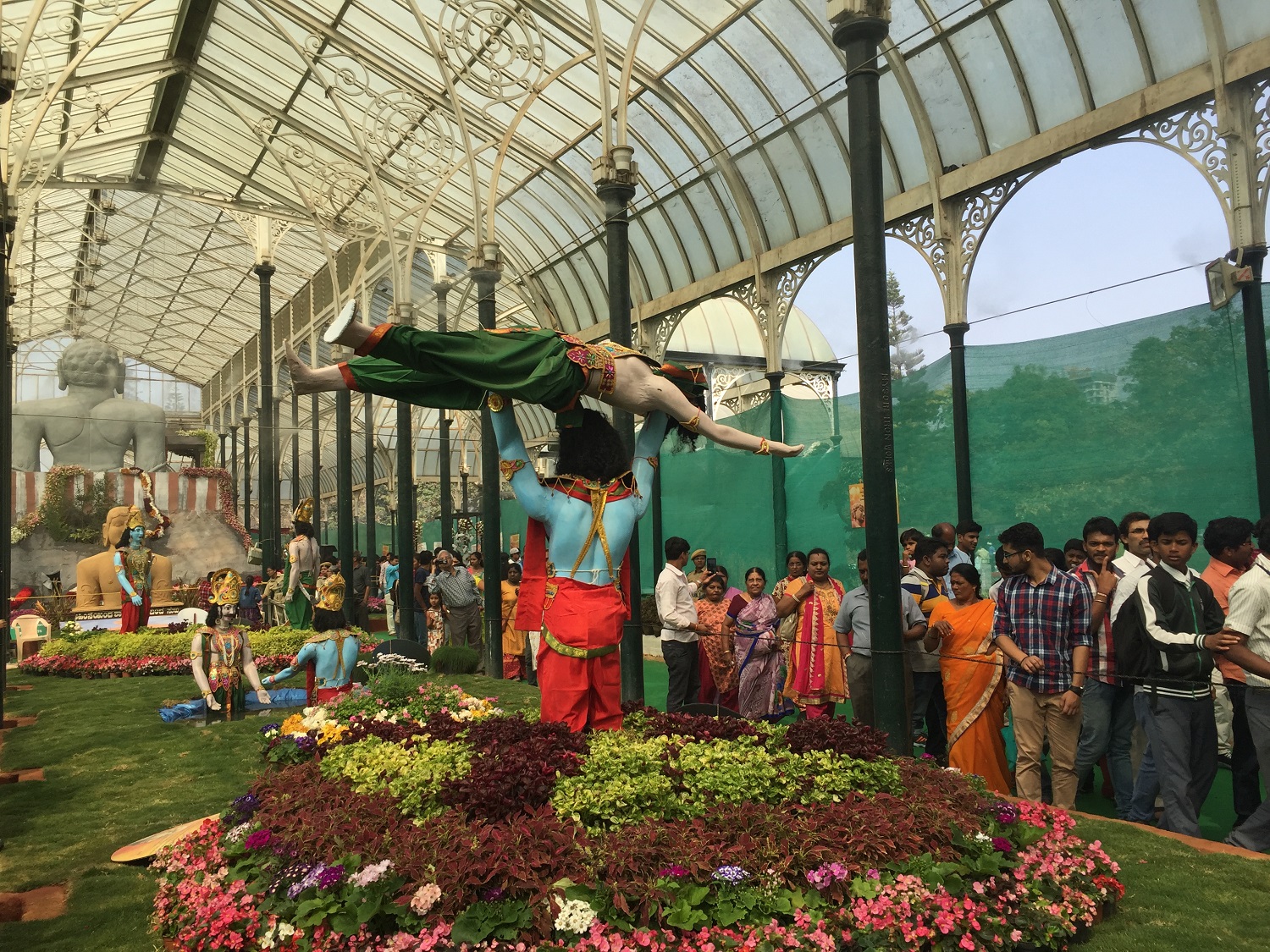 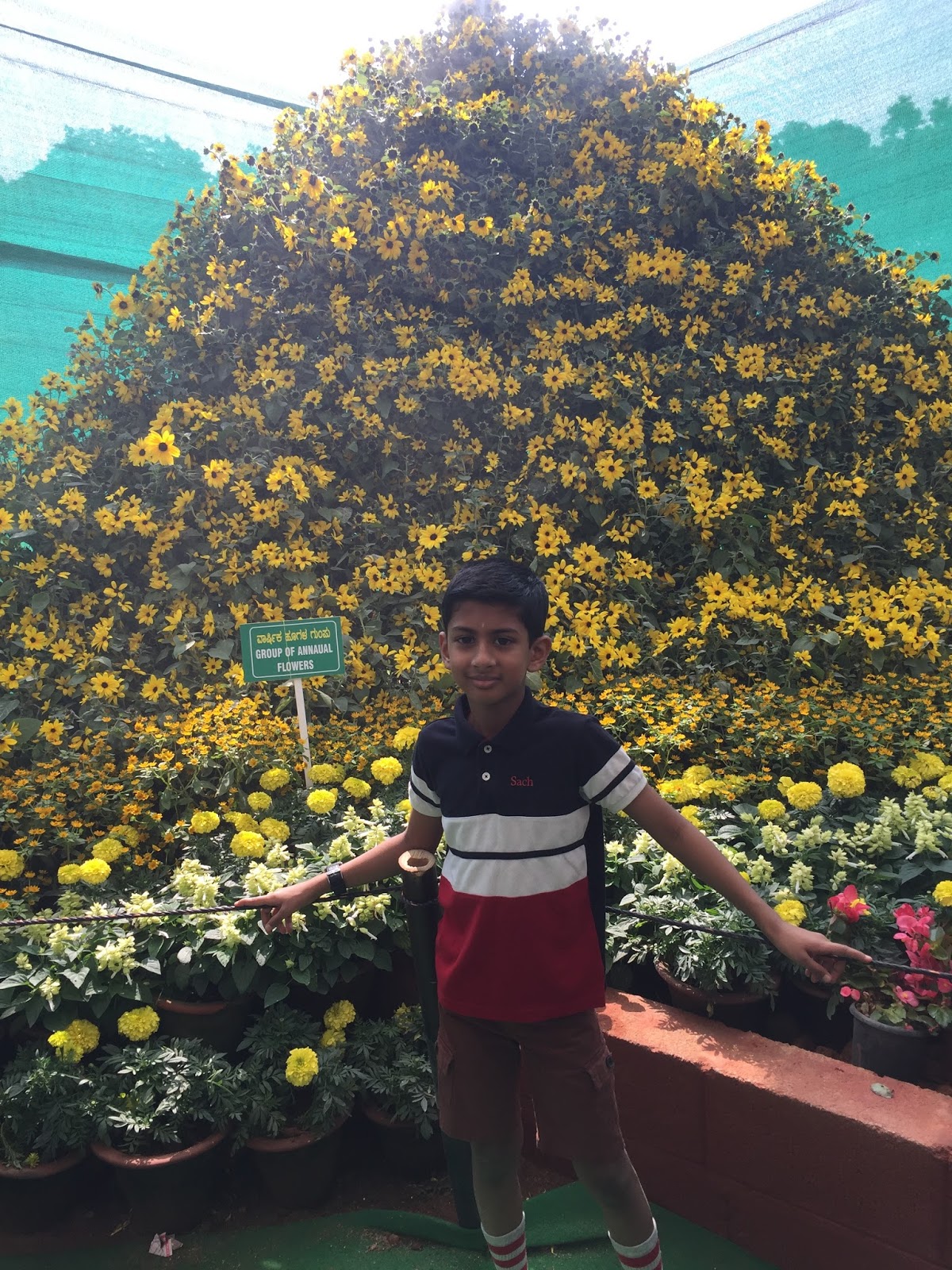 What's an outing without a few family selfies !

Getting there: Drove down to Mantri mall near Malleshwaram and parked our car. Took the Metro from Mantri station to Lalbagh. Walked from West gate to the Glass house area.


Lalbagh is a 240 acres garden and is located in south Bengaluru. Lalbagh was started as an orchard in the Bangalore Fort by Hyder Ali in the 1760s, something his son Tipu Sultan further developed by introducing native and exotic species of flowers from Europe. Extensive development work in the lung space, however, started in 1874 when John Cameron took over as superintendent. At the turn of the 19th century, Lalbagh expanded from its original 45 acres to 100 acres. Cameron constructed the Glass House in 1889 and also started commercial cultivation of fruits.
Posted by Mohan at Friday, January 26, 2018