I first heard about 'adult diapers' while reading an article about an astronaut's wife who drove from Texas to Florida non-stop. (link) She drove over 500 miles to confront a romantic rival. She was able to drive  considerable distance non-stop, without even a bathroom break aided by adult diapers. This tidbit was filed away in the back of my mind for years till the need for adult diapers hit home; literally.

A couple of years ago, my dad, who is suffering from Prostate cancer began to wet the bed at night frequently. We realized that the involuntary bedwetting while sleeping wasn’t healthy. It could lead to infections and other complications too. After exploring medical alternatives and therapy to control frequent urination, we decided to get him adult diapers.

Having that chat with a parent or adult who needs diapers


It is not easy to have a conversation with an adult or senior-citizen who may obviously need an adult-diaper. While the symptoms of bed-wetting may be obvious, having the conversation can be awkward.

At some point, we realized that wearing an adult diapers was a medication-free alternative to his 'problem,' but convincing him was not easy.  After all, my dad, a proud Air Force veteran had refused to use a walking-stick even in his late seventies, till it became absolutely essential.  He would argue that an 'accident' was a one-off or that he would 'control' himself, but with persistence we were able to finally get him convinced. 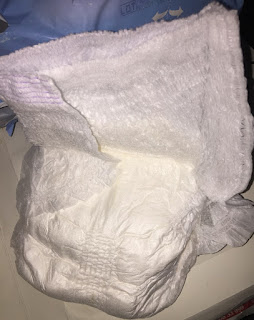 I realized that we were not alone in this endeavor.  It is interesting how the term 'diapers' is itself a bit touchy, as a Wikipedia entry on the topic explains


“In the medical community, professionals are trained to use alternative terms such as "briefs" rather than "diapers" for the sake of dignity, as the term "diapers" is associated with children and therefore may have a negative connotation. In practice, though, most health care workers are accustomed to calling them diapers, especially those that resemble children's diapers.”


I got the first few cartons of diapers for my dad while returning back from the US. The diapers I got in bulk from Sams-club were relatively inexpensive, but of rather good quality. At the time, my dad would go through one diaper a night. My brother, who lives in England also got a few cartons during his visit. After the initial stock of diapers got over, I realized that importing the diapers was neither practical nor sustainable, and I began to explore alternatives in the Indian market. 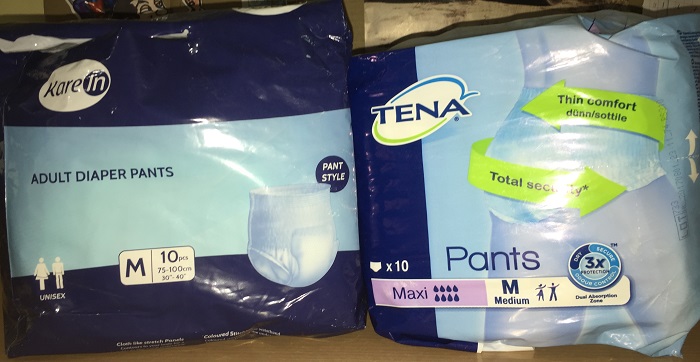 My brief research indicated that the market for adult diapers in India has really taken off as the aging and relatively affluent middle class continues to live longer.  A couple of other factors also drive this trend. A middle class that can afford to spend 40-50 rupees on 1 or 2 diapers a night, and is increasingly aware of its benefits and use. The topic of 'good quality and cheap' diapers is surprisingly common among the younger generation who are comfortable 'shopping' for it at pharmacies and online stores. Hiring full-time domestic help and caregivers in urban India can be relatively expensive. Use of diapers at night for senior citizen can be a viable alternative for some.

During the past year, I have shopped for a variety of adult diapers brands in the market. We tried unbranded diapers from local chemists, though we generally stuck with popular brands like Tena, Friends, Kare, Keane etc. My dad also tried several kinds of diapers including pant-style pullup diapers and the other velcro-enabled ones. We finally zeroed in on a couple of pull-up diapers that he used like an extended underwear at night and for hospital trips and outings.

Other Practical Applications of Adult-diapers


Adult diapers seem to have other practical applications to. For example, Astronauts wear trunklike diapers called "Maximum Absorbency Garments", or MAGs, during liftoff and landing. On space shuttle missions, each crew member receives three diapers—for launch, reentry and a spare in case reentry has to be waved off and tried later. (NASA)

The Wikipedia entry explains “The super-absorbent fabric used in disposable diapers, which can hold up to 400 times its weight, was developed so Apollo astronauts could stay on spacewalks and extra-vehicular activity for at least six hours.  Originally, only female astronauts would wear Maximum Absorbency Garments, as the collection devices used by men were unsuitable for women; however, reports of their comfort and effectiveness eventually convinced men to start wearing the diapers as well.”

Bottomline: With an aging population of an affluent middle-class, demand for this practical aid for adults  will continue to grow India. While senior-citizen are the primary consumers of adult-diaper, most of the shopping and research is done by the middle-generation (like self) or even tech savvy youngsters stepping in to help grandparents.

Articles on the topic: